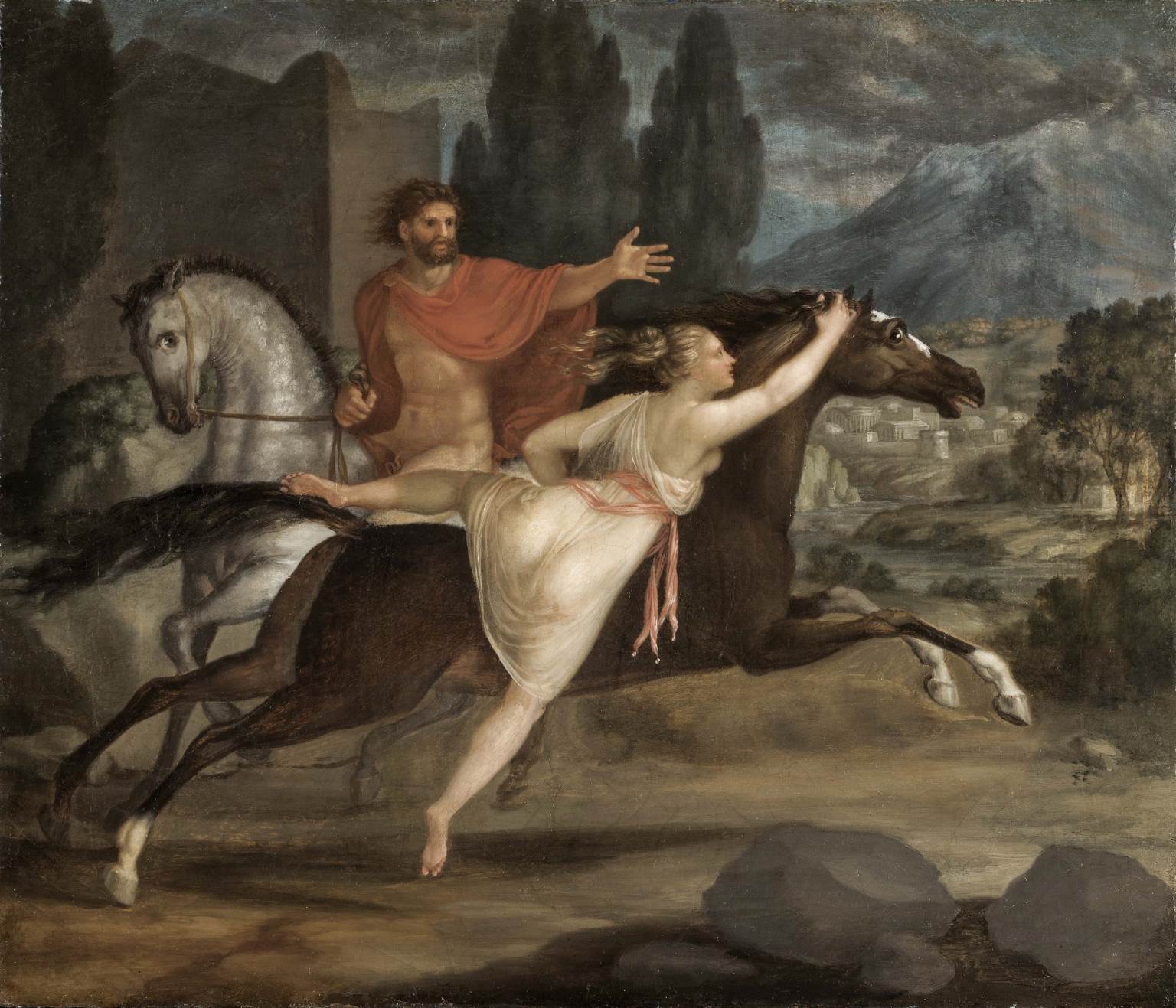 Trying to pose a hypothesis about the subject described at least in one of the two canvases, of the woman that quickly jumps on the horse and of the man who indicates the way, we can possibly retrace a passage of the drama Iphigenia in Tauris written by Goethe in prose form in 1779 and afterwards rewritten in verse form in 1787 precisely when he was living in Rome and was staying in Tischbein’s home. Iphigenia is for many years confined by Artemis in Tauris, close to the sea, as a priestess in a temple dedicated to the goddess. The temple of Artemis is in the middle of a sacred wood and Iphigenia attends to it. Thoas, the king of Tauris, after suspending for a long time the human sacrifices consecrated to Artemis due to the reluctance of the priestess herself who viewed with horror the practice of sacrificing foreigners arriving in Tauris, decided, also to appease the goddess, to resume the rituals with the offer of two foreigners just found on the coast (in reality Orestes, brother of Iphigenia, and his cousin Pylades) and he sends Arkas to announce his arrival at the temple. Arkas and Iphigenia have a long dialogue, at the end of which the counsellor of the king pushes Iphigenia to run towards Thoas who is approaching the temple. The scene of the painting is set in a wood, behind the shoulders of the two characters looms an archaic architecture that may be the temple of Artemis. In the background the course of a river and some classical architecture may allude to the town from which Thoas is coming. On the dark horse we can identify Arkas draped in an ancient way who indicates with his left arm the arrival of the king. Iphigenia, also dressed in an ancient fashion, with the flash of an amazon mounts the bay horse to go meet Thoas.

Excerpt from the expertise by prof. Francesco Leone in the catalogue of the exhibition “Metamorphosis of the Nude”, 2019.