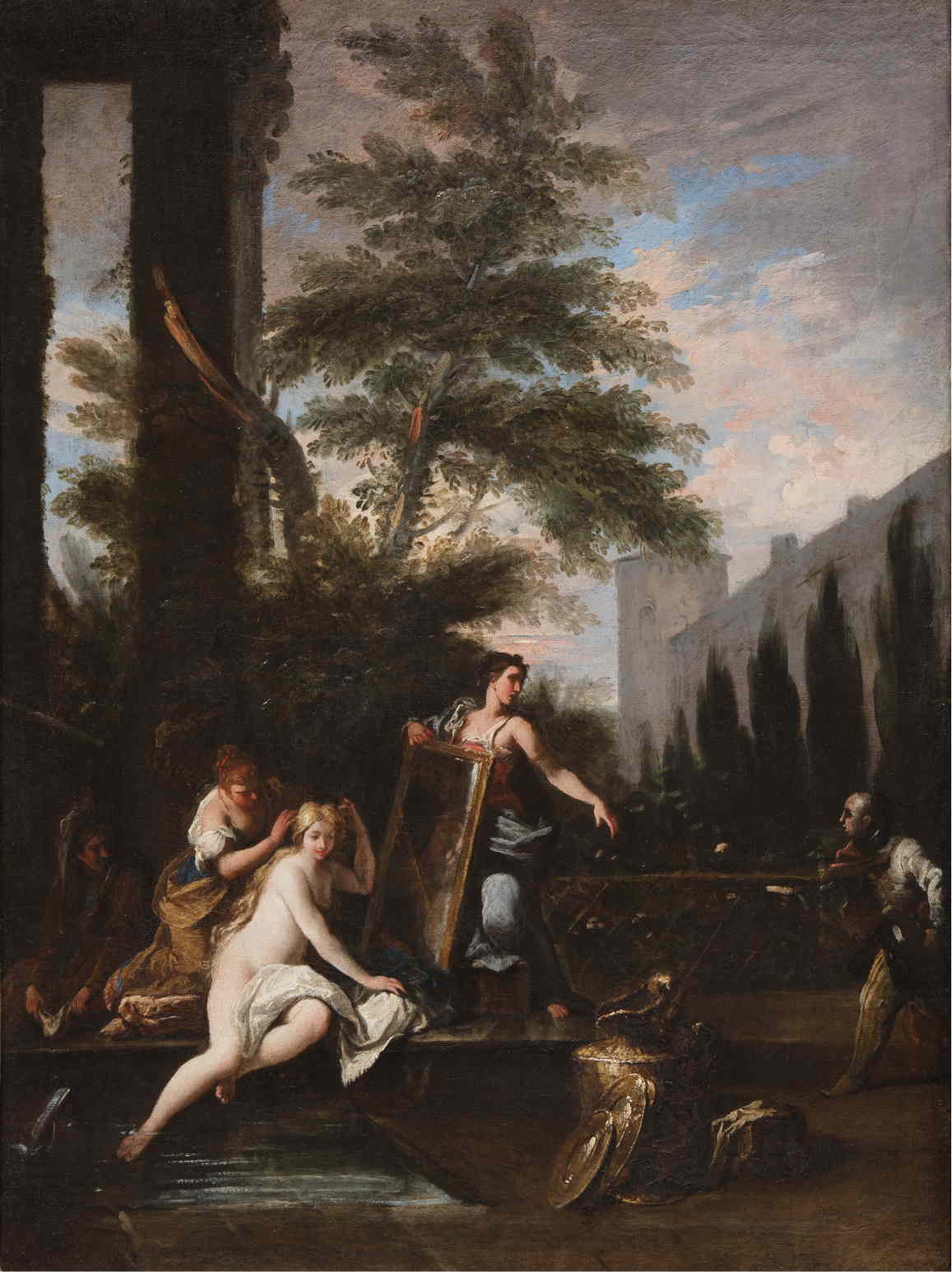 The subject can be interpreted in two ways: in a mythological one-so as the Toilet of Venus-or in a old-testamentary one-so as Bathsheba bathing. The first was a very common theme from the 16th century especially in the Venice environment. The second, instead, in a certain way can be considered as a “gene mutation” of the first, that is still an exaltation of beauty, an aesthetic pretxt to highlight the hypnotic value of the female human body. 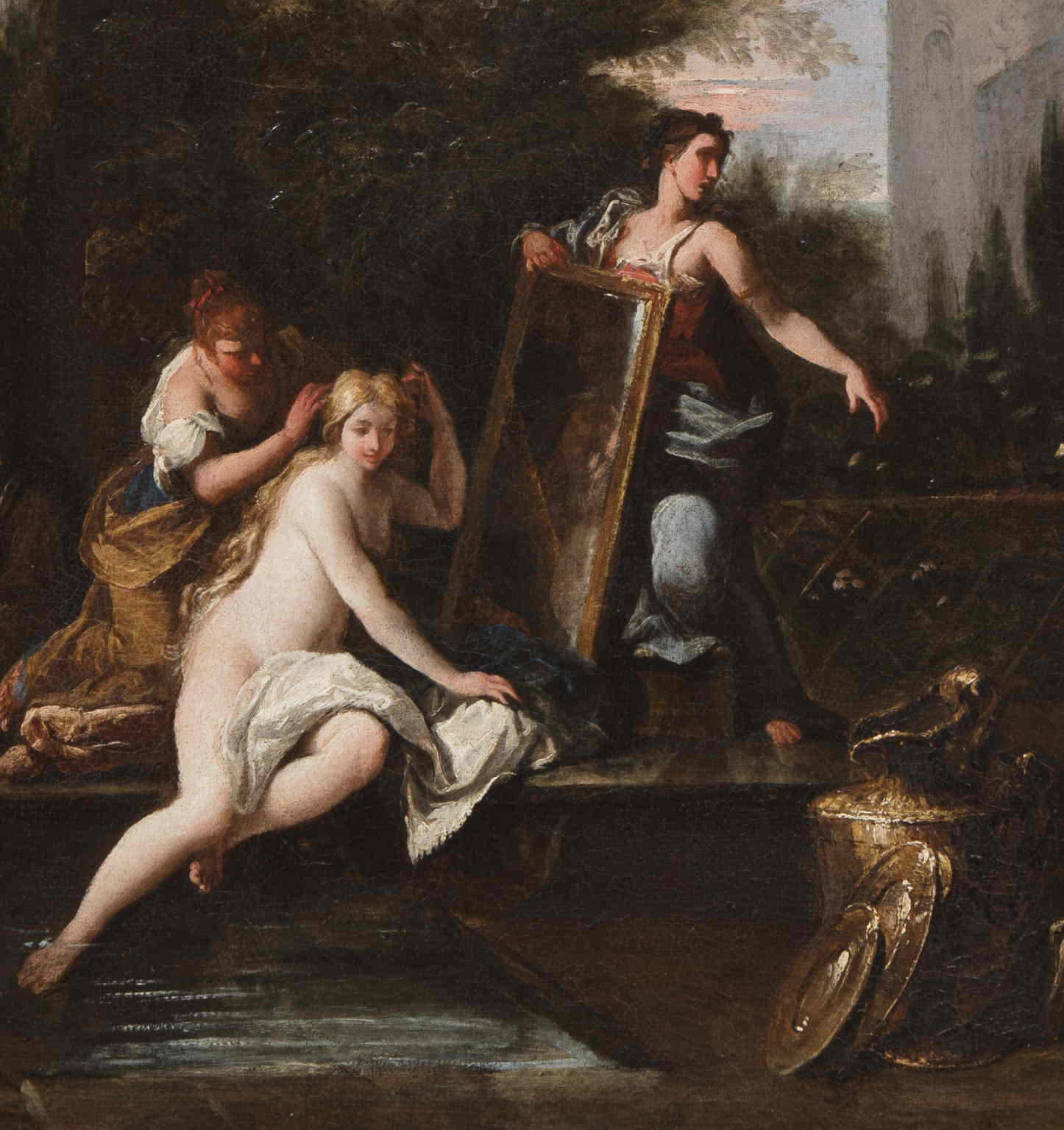