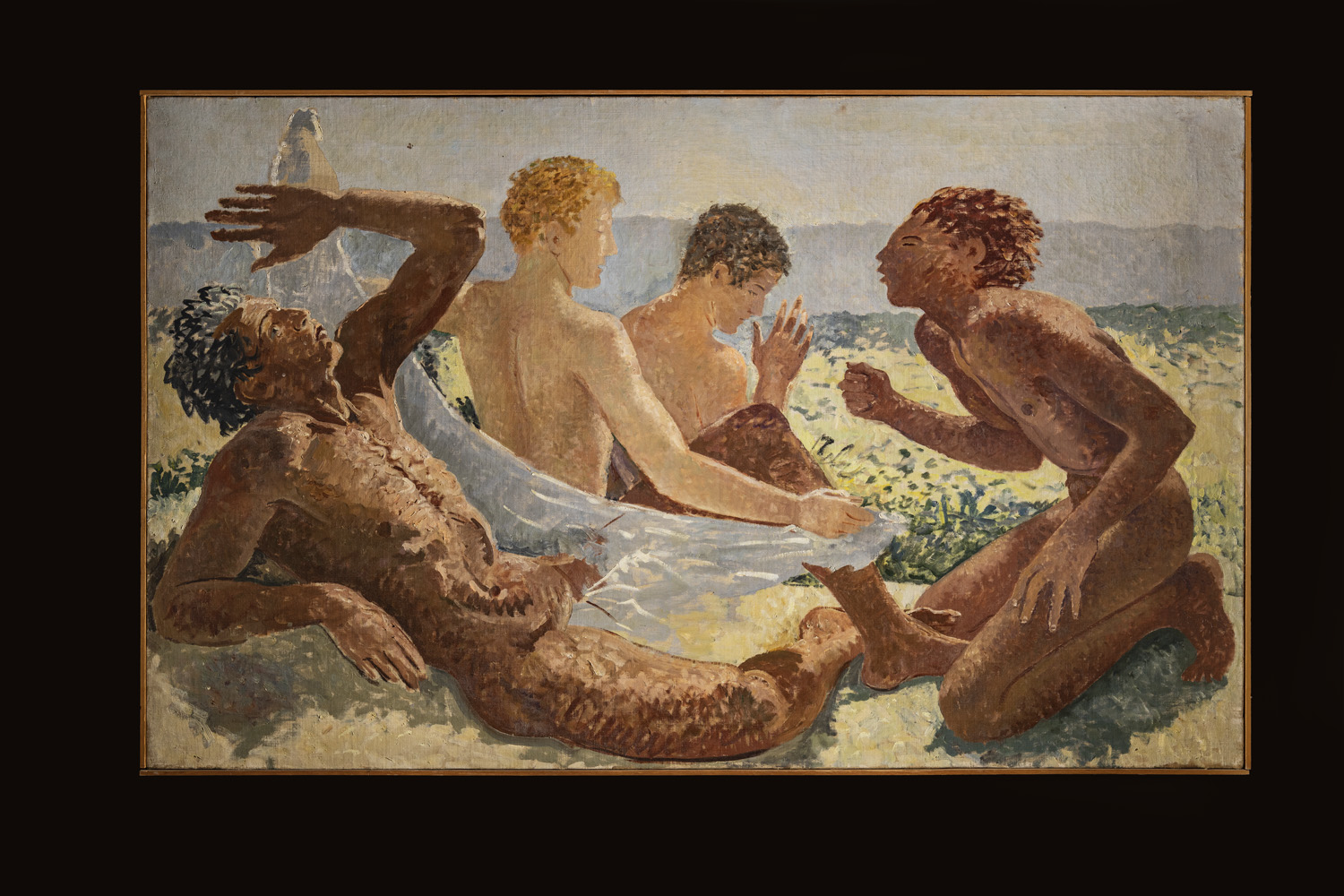 Drunkenness of Noah
ante 1955
Oil on canvas, 37 x 60.82 inch
Signed and entitled on the back: First draft for the drunkennes of Noah. Giovanni Colacicchi

“I wanted to depict the biblical episode in a light of open air and warm autumn breeze. On a land which I had trod with my steps many times. The myth seen with the eyes. And the characters of the myth, except for the crude Ham, are people I know well” with these words Giovanni Colacicchi described the large oil on canvas entitled Drunkenness of Noah dated 1955 of which this painting is the preparatory draft.

Autumn is well represented in this open space where the grass is losing its brightness turning towards paler gradations while the rarefied air surrounds everything with its pearly glow. The scene is divided between Noah, lying in a bold pose that recalls Hellenistic sculptures like the Barberini Faun, and his son Ham, straining towards him in the act of denigrating him.