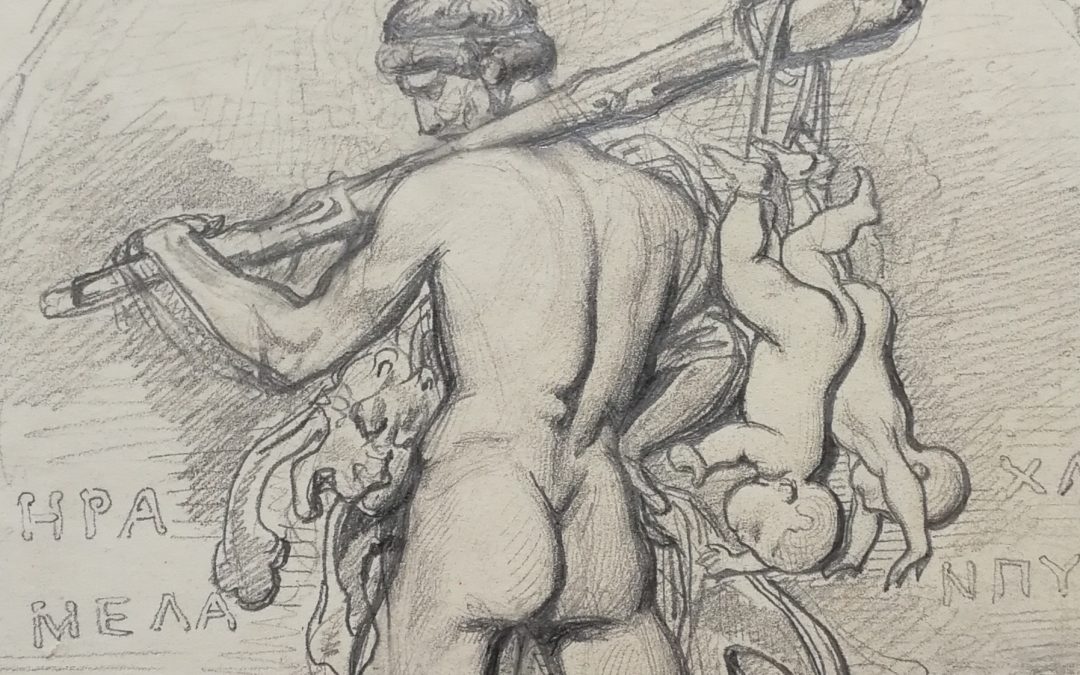 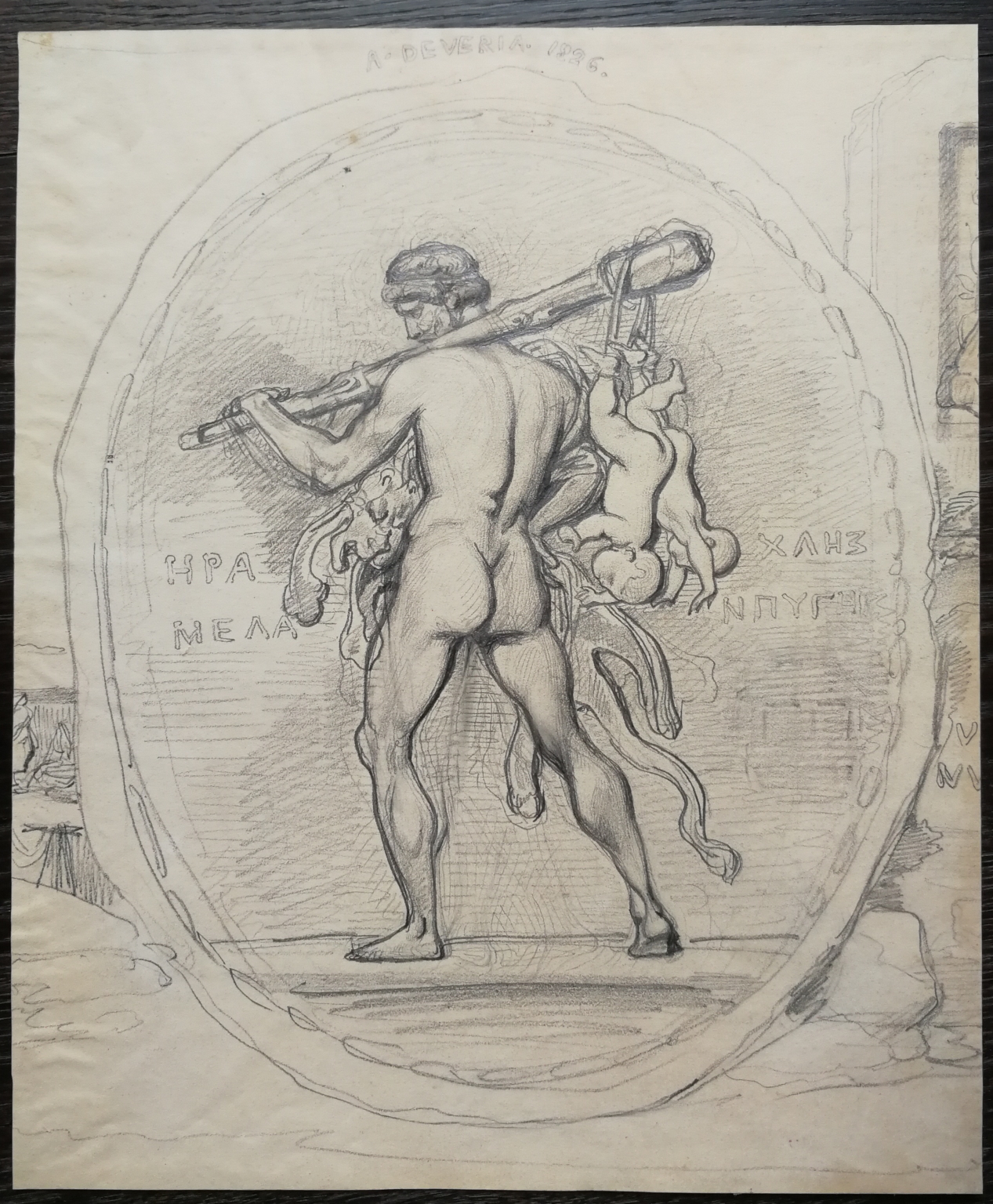 Heracles Melampygos or Heracles and the Cercopes
1826
Pencil on paper,
Signed and dated at the top: A. DEVERIA 1826

The iconography and the inscription at the centre help us recognising the episode in the one of Heracles and the Cercopes, that worth him the appellation of μελάμπυγος (melampygos meaning dark bottom).

The drawing is dated to the juvenile phase of Achille Devéria, in a time when his brother and him were already well known artists since they started attending the Salon (from 1822), where he was already on of the writer Victor Hugo’s closest friend (they met in a theatre in 1824) but before he started collaborating with the lithography of Charles Motte, of whom he married the daughter in 1829.

Excerpt of the essay by doc. Chiara Fiorini 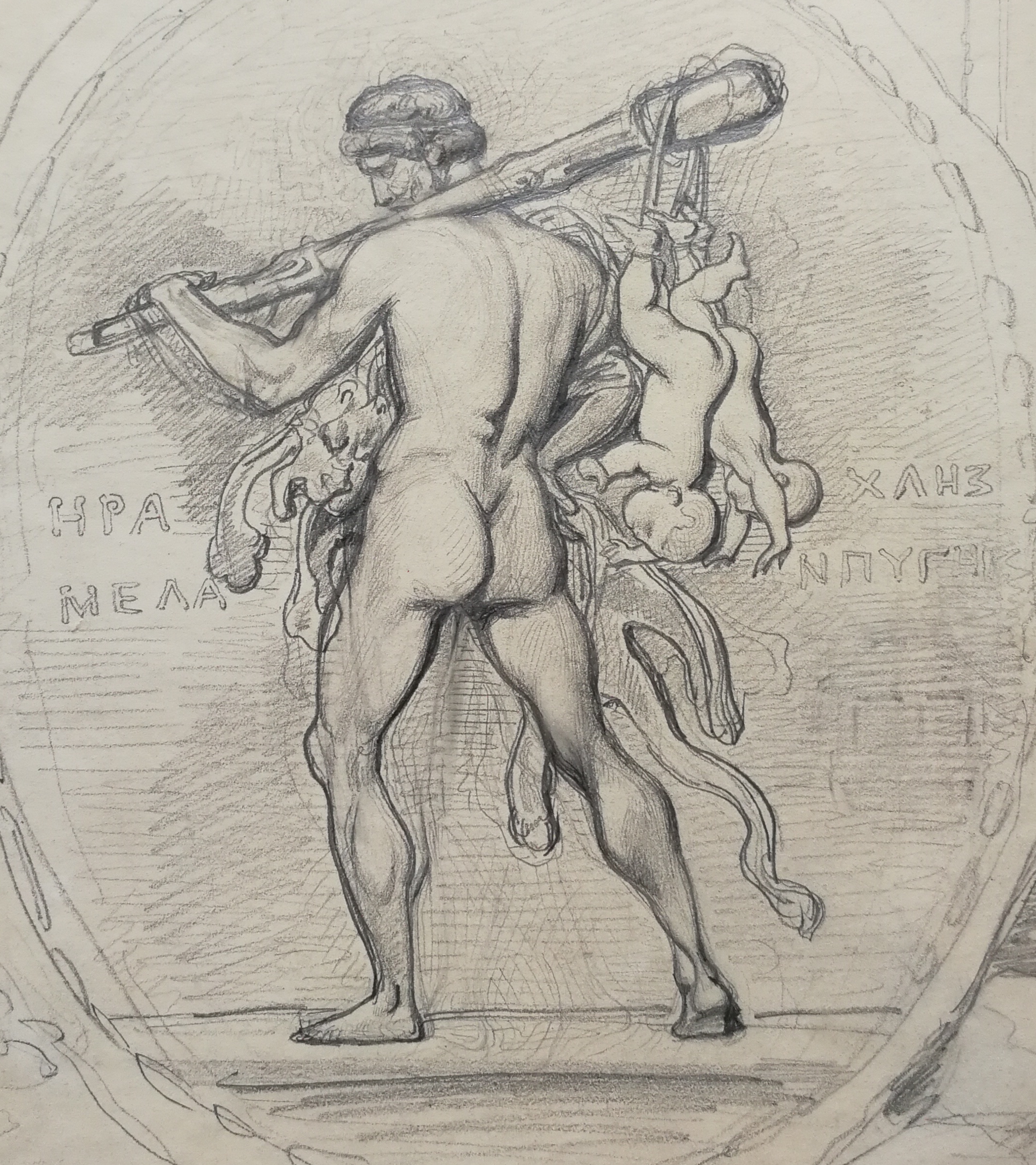