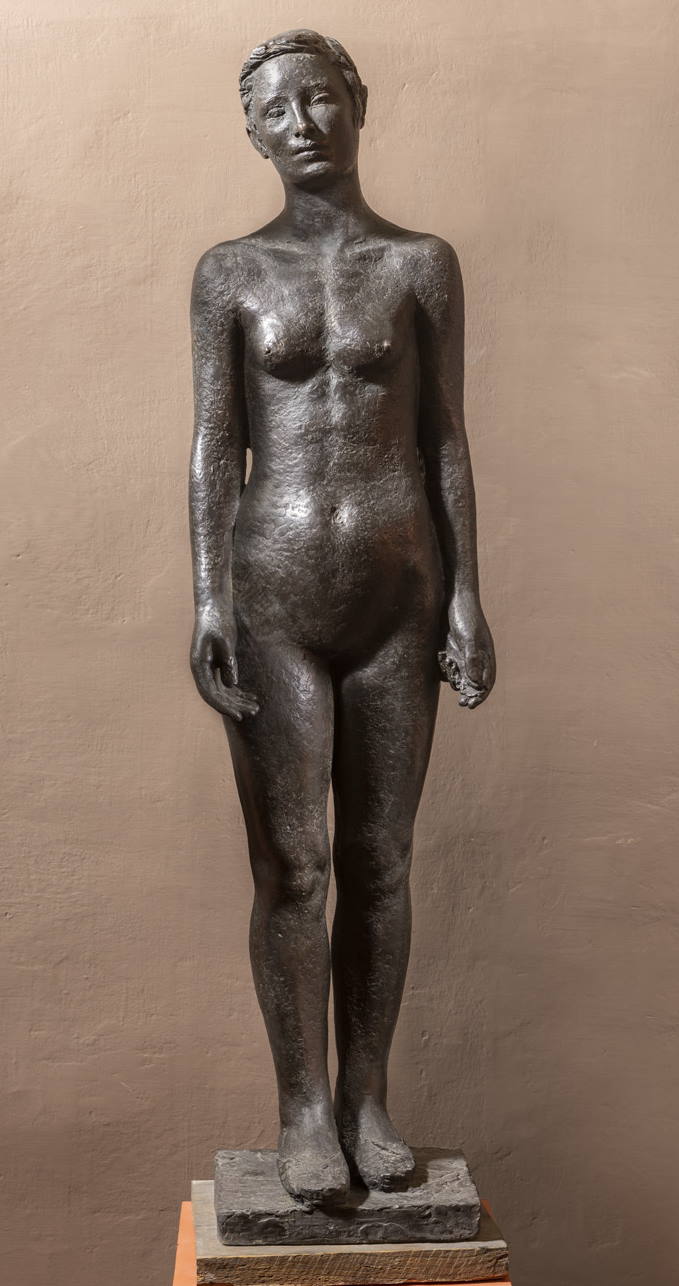 This work, which exists also in a plaster version, was exhibited at the Galleria Pesaro in Milan in 1930; it is the first example of a nude made by the artist and belongs to his juvenile phase when, having just turned 20, he was the assistant of Andreotti, who in those years taught Decorative Sculpture at the Art Institute in Florence. The model, known as Margherita and who had already posed for Innocenti on other occasions, is here depicted standing, with her arms by her sides and her head slightly inclined. It is striking for its “refined and sensitive naturalism” where everything is shown and nothing is concealed thanks to the meticulous attention given to both the authenticity of the anatomy and the fluidity of the pose. Apart from the vividly realistic rendering, the statue surpasses the limits of an academic study as it is sweetened by the essence of the girl that shines out  from the bronze.

Excerpt of the essay by Alessandro Marletta in the catalogue of the exhibition “Metamorphosis of the Nude”, 2019. 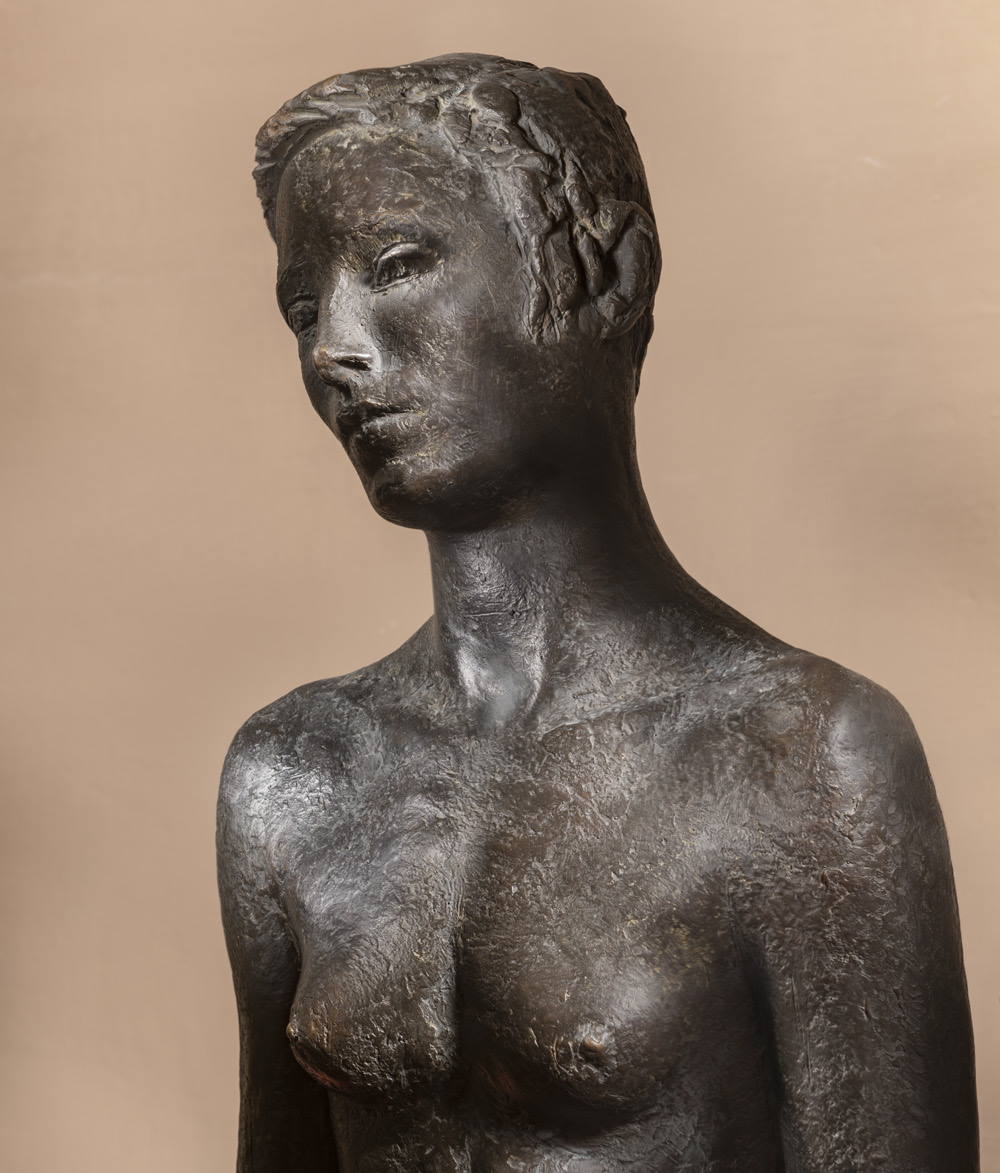