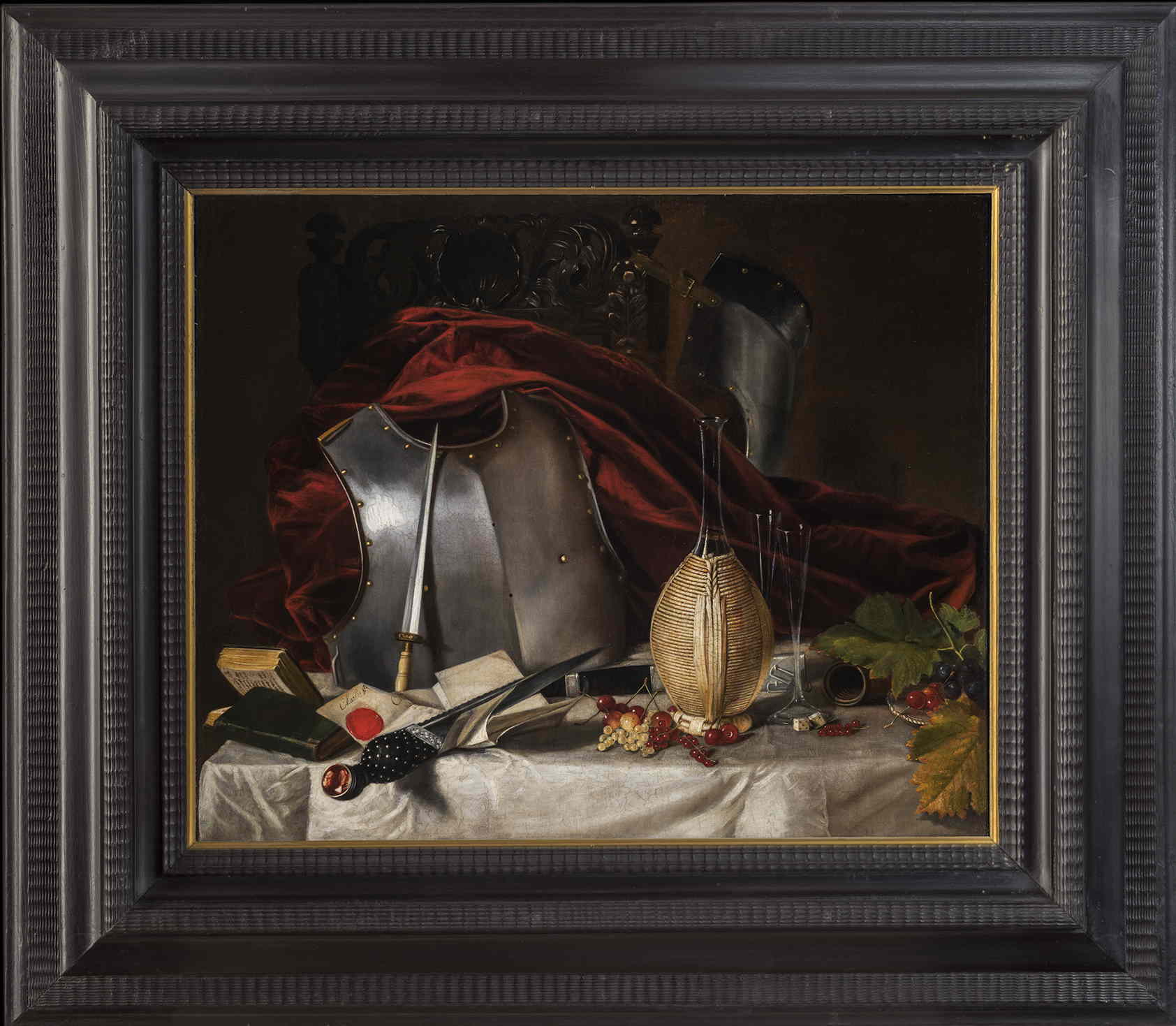 A plain and creased tablecloth misleads us of a certain simplicity that is just a semblance: in fact, it covers a table that – matching it with the luxury chair carved with a raceme and sea shell decoration – definitely it cannot be unadorned. Its whiteness creates an interesting effect with the carmine red gathered drape, same colour duality found of the currants: the red is a symbol of blood, fire, passion in contradiction with white, the cold colour par excellence, that is symbol of purity. The two cloths together set the perfect theatre curtain for the series of varied objects posed down the table, organized following a tidy disorder permeated of a calm caused by the absence of men: just a deceptive sensation because, even if human beings aren’t participating, the objects talk about them. So we can see fruits, dices, a wicker wine bottle with two elegant flûte, pieces of an armor, books and documents. The painting, indeed, turns out to be not just a simple still life but a vanitas, with the artist deliberating on the transience of life, fragile as the glass and delicate as the fruit, often spent looking for ephemeral and ruinous pleasures, as wine and war. Also the dices, recalling the risk and the inescapable arbitrary destiny, are an echoes of this philosophy. The composition is also pervaded by a strong catholic moral, artist’s religion, with evident recalls either in the colours (white and red also symbolize the water and blood of Christ, so his passion and sacrifice) either in the things (grapes and wine, frequently displayed in Last Supper scenes, also refer to the Jesus’ blood and death. While the cherries are insidious for their ambivalence: on one side they are a symbol of carnal pleasure, on the other they are the fruit of Heaven and emblem of the soul).

Excerpt of the essay of the dr. Chiara Fiorini. 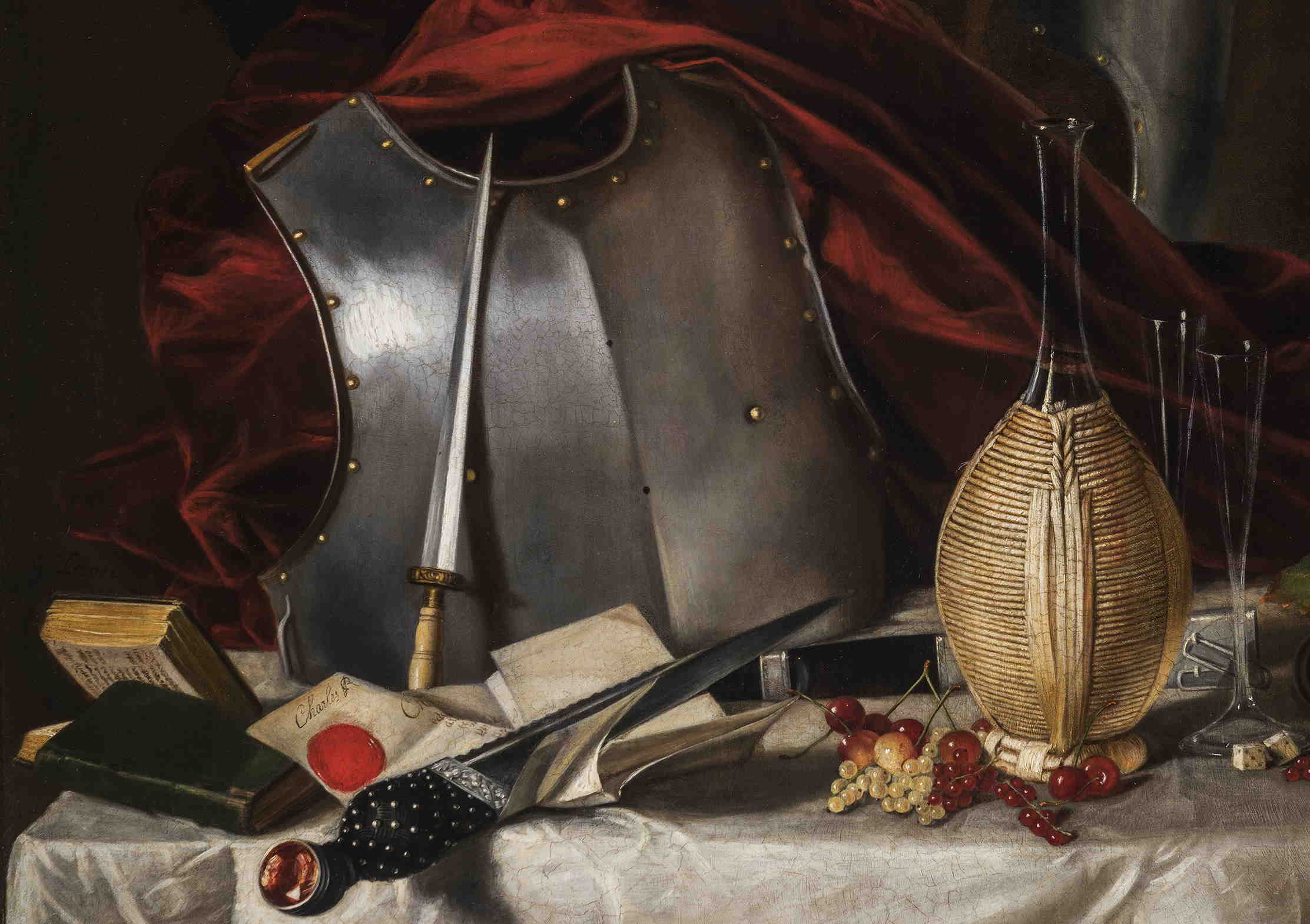