Telemachus and Mentor in the island of Calypso 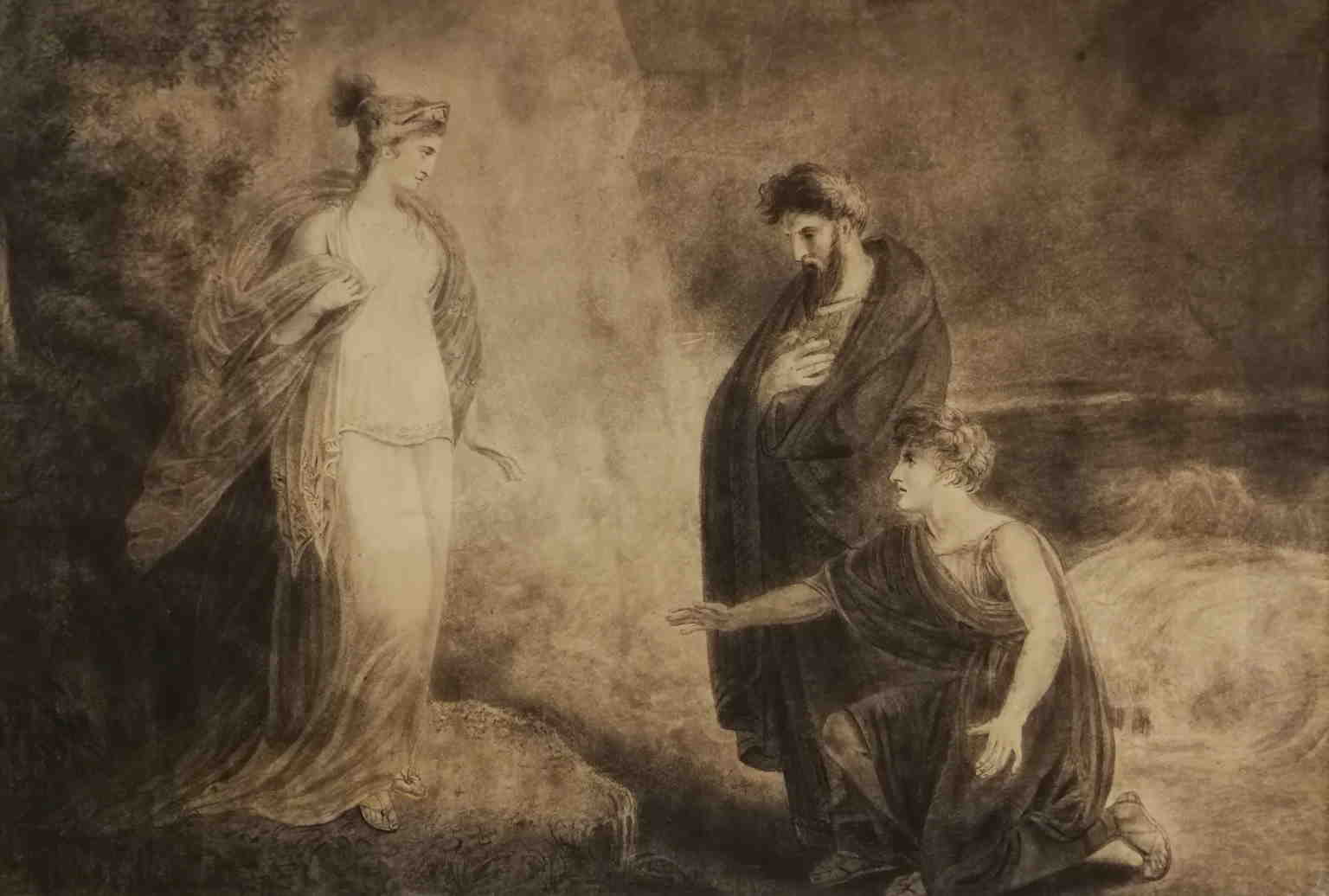 Telemachus and Mentor in the island of Calypso
First decade of the 19th
Pencil on paper, 17.7 x 26.7 inch

The episode here described is a new interpretation on the theme of the first four chapters of the Odyssey, called Telemachy, referable to Les Aventures de Télémaque of the French monk François de Salignac de La Mothe-Fénelon, published in 1699.1 The novel obtained a resounding success since it was published, so that various artist took inspiration from it. We mention, above all, in a chronological order Nicholas Vleughels, Angelica Kauffman, Thomas Stothard, Edward Francis Burney.

The drawing is relative to the oil on panel held in the Glasgow Museums Resource Centre, ex collection of the Scottish councillor, magistrate and art collector Archibald McLellan, signed Richard Westall and dated 1803; the work is preserved with his mythological theme pendant representing the following moment, so when Telemachus and Mentor are invited in the bower of Calypso. From the subject have been made several engravings, like the ones at the British Museum of the 1810 by Edward Scriven.