The market in Piazza del Popolo

The Market in Piazza del Popolo is a work by the Flemish painter Jacob van Huchtenburg, born in Haarlem and present, in the early 1660s, in Rome, in close contact with his compatriot artists who had chosen the everyday setting genre, mostly, in the city streets, the so called “bambocciata” as the theme of their paintings.

Jacob van Huchtenburg is a well-known artist, notable today for his various views of Rome with figures and he is clearly distinguishable from his younger brother Jan (Haarlem 1647-Amsterdam 1733), who paints-with a very different style-mostly battle scenes and resting horsemen, following his master Adam Frans van der Meulen. Yet very frequently, over the course of the previous centuries and also in the last century, the beautiful Roman views with figures of Jacob van Hughtenburgh were confused with the works of his brother Jan because often those of Jacob were signed, in an abbreviated manner, J. van Huchtenburgh (or Hughtenburgh), a signature that could refer to both. A substantial elucidation emerged during the 1991 Köln and Utrecht exhibition, “I Bamboccianti” which we curated.

Excerpt of the expertise by dr. Laura Laureati in the catalogue of the exhibition “Metamorphosis of the Nude”, 2019. 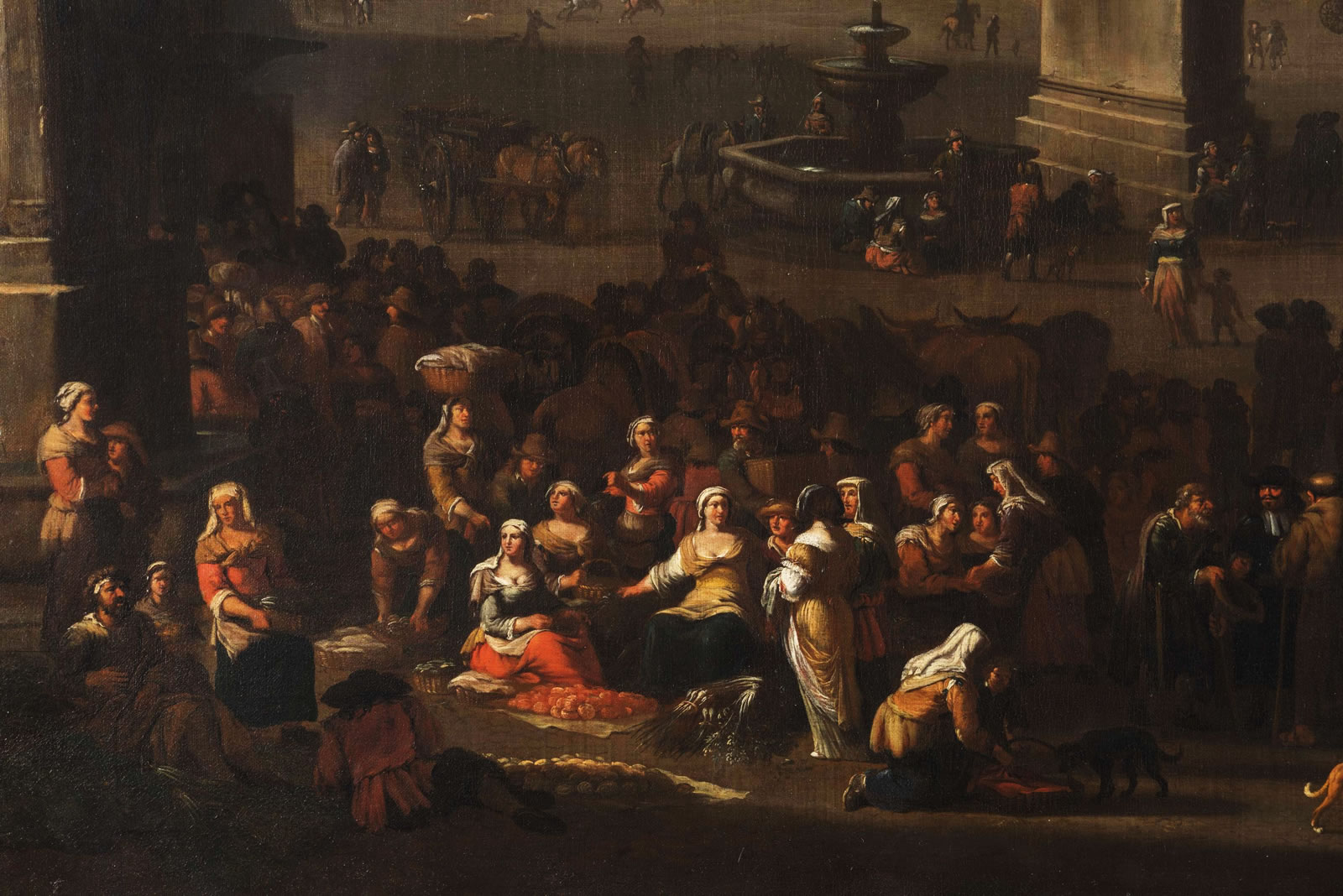