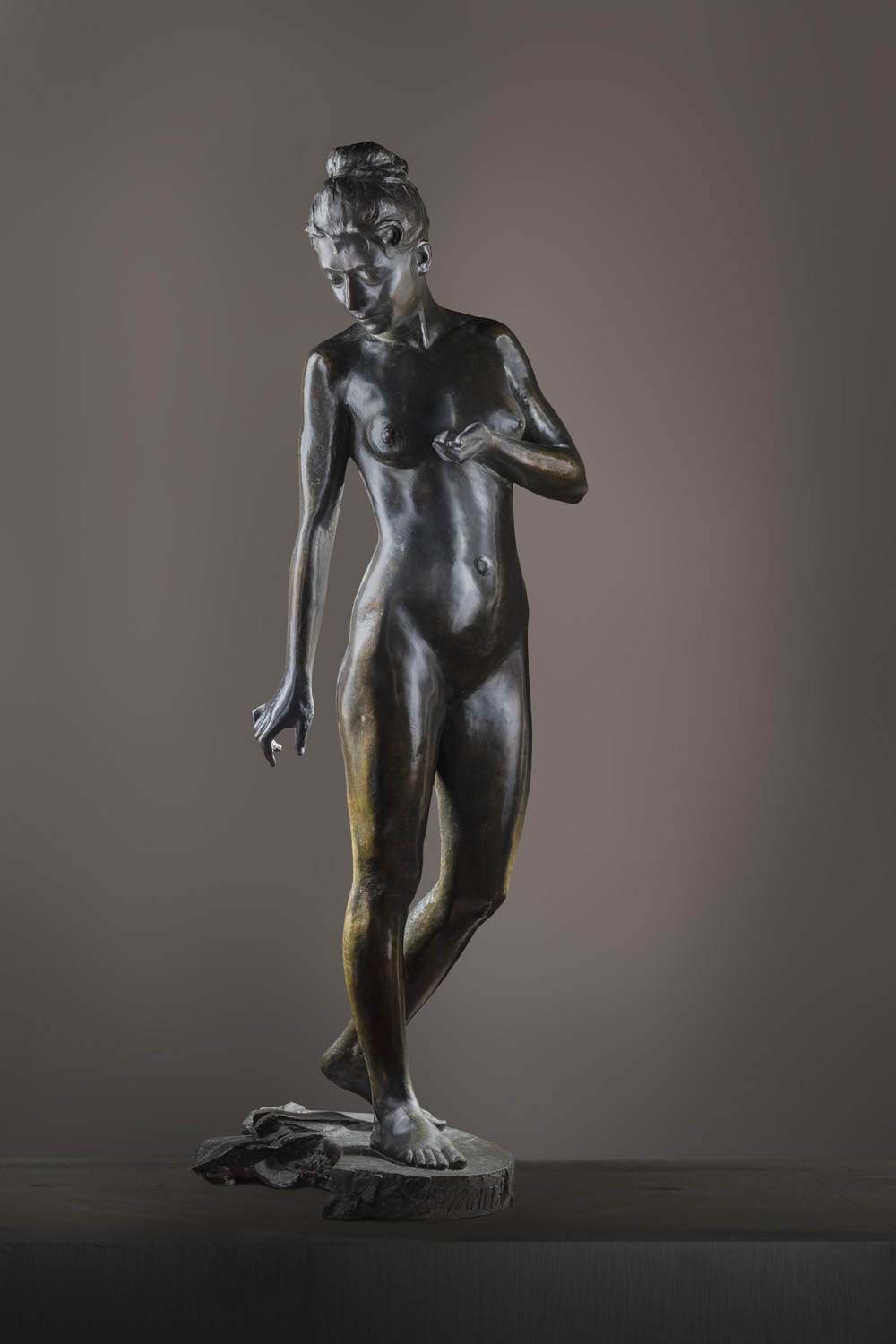 The bronze statue analysed here dates from the juvenile period of the artist and was exhibited for the first time at the Esposizione d’Arte in Livorno in 1892. “[…] and it emanates […] a strong sensation of aesthetic pleasure that is difficult to experience in other similar works” with these “stilnovo” words the bronze statue was praised in 1912 by “Vir” on the “La Cronaca d’Oro”, but this is only one of the many flattering reviews it has received up to present times. It has a troubled story, purchased in the same year by the famous composer and orchestra conductor Pietro Mascagni, after which the trace was subsequently lost for a very long time until it became part of the collection of the antique dealer Giuseppe Marletta. 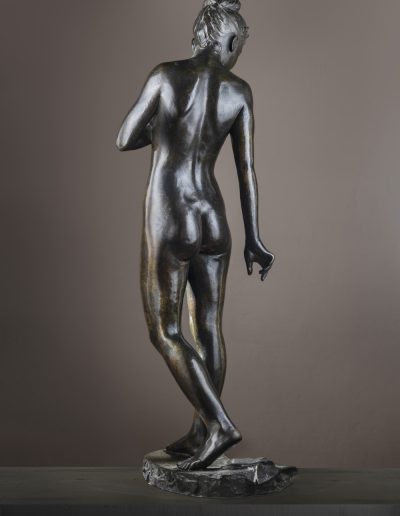 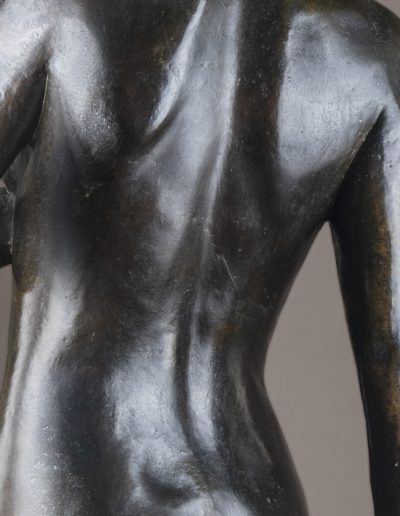 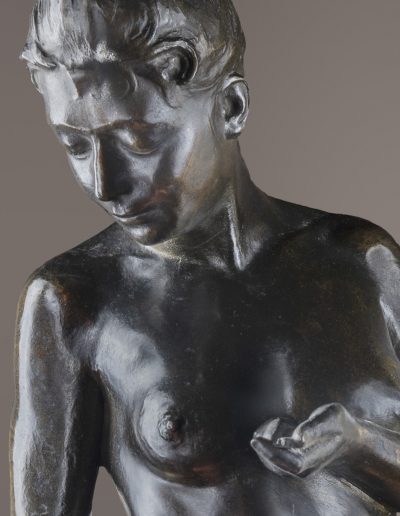 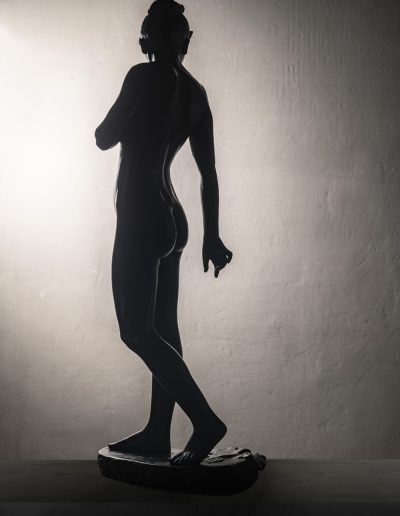