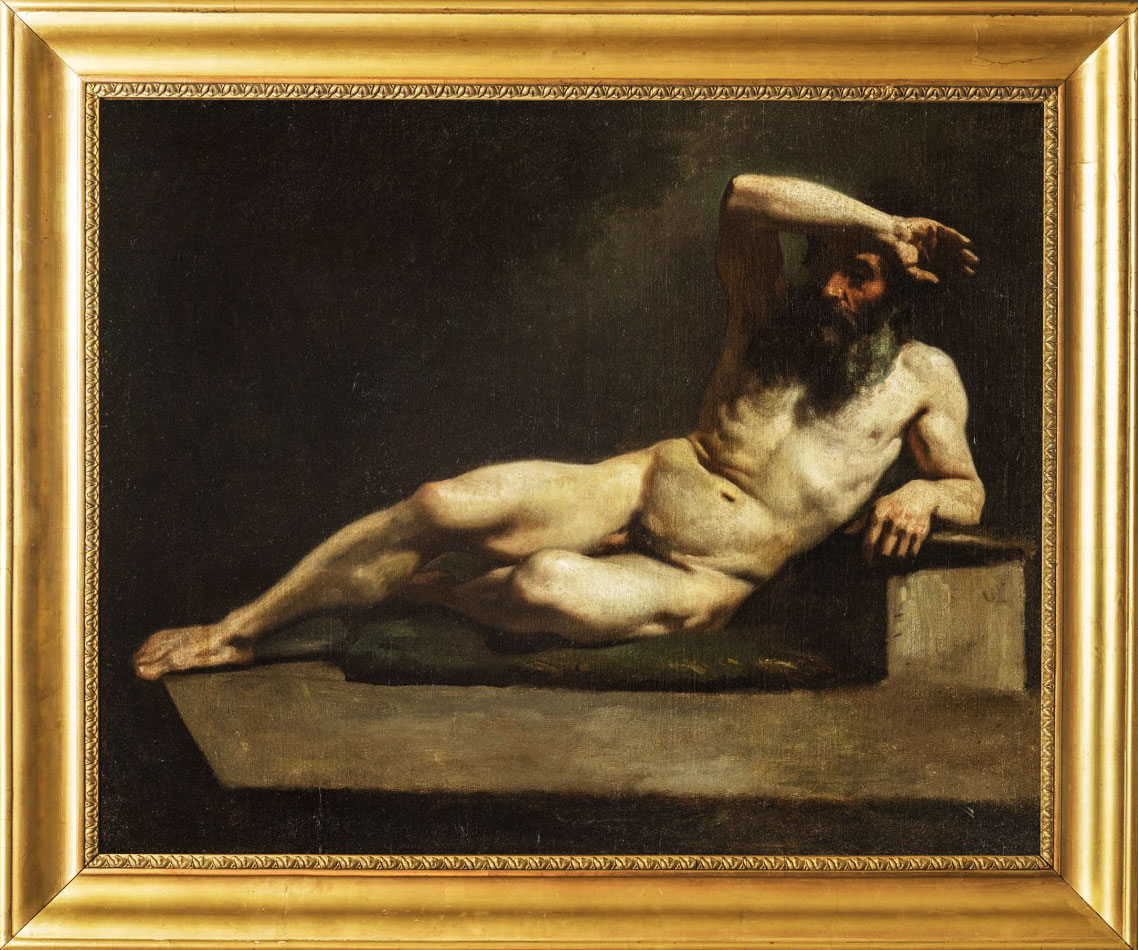 Even if placed in one of the poses conventionally adopted in the Academy for exercises in copying nudes, the elderly model treated here is studied with the anatomic sensibility to hold a subject independent of didactic training to become instead the heartfelt meditation of an artist on a body of austere old age, analyzed in all its particularities without transcending them. A study that avails itself of a painting dense with emotions and staged in balanced alternations of light and shadow capable of making one perceive the rough complexion of the elderly model, and also in the sensitive range of intense colors of reproducing in the most faithful way the “physiology” that for the followers of Realism was the term that represented the objective antithesis to the spirituality of the Purists.

It is clear, in fact, that the painting belongs in the framework of a poetic naturalism characterized by neo-17th century influences that, starting from the mid-18th century, constituted the most effective means to add to art during the crisis of Romanticism even inconvenient aspects of reality, that Caravaggio and his followers in fact taught to observe and freely depict.

Excerpt of the expertise by prof. Carlo Sisi in the catalogue of the exhibition “Metamorphosis of the Nude”, 2019.