Two nudes drinking at a fountain 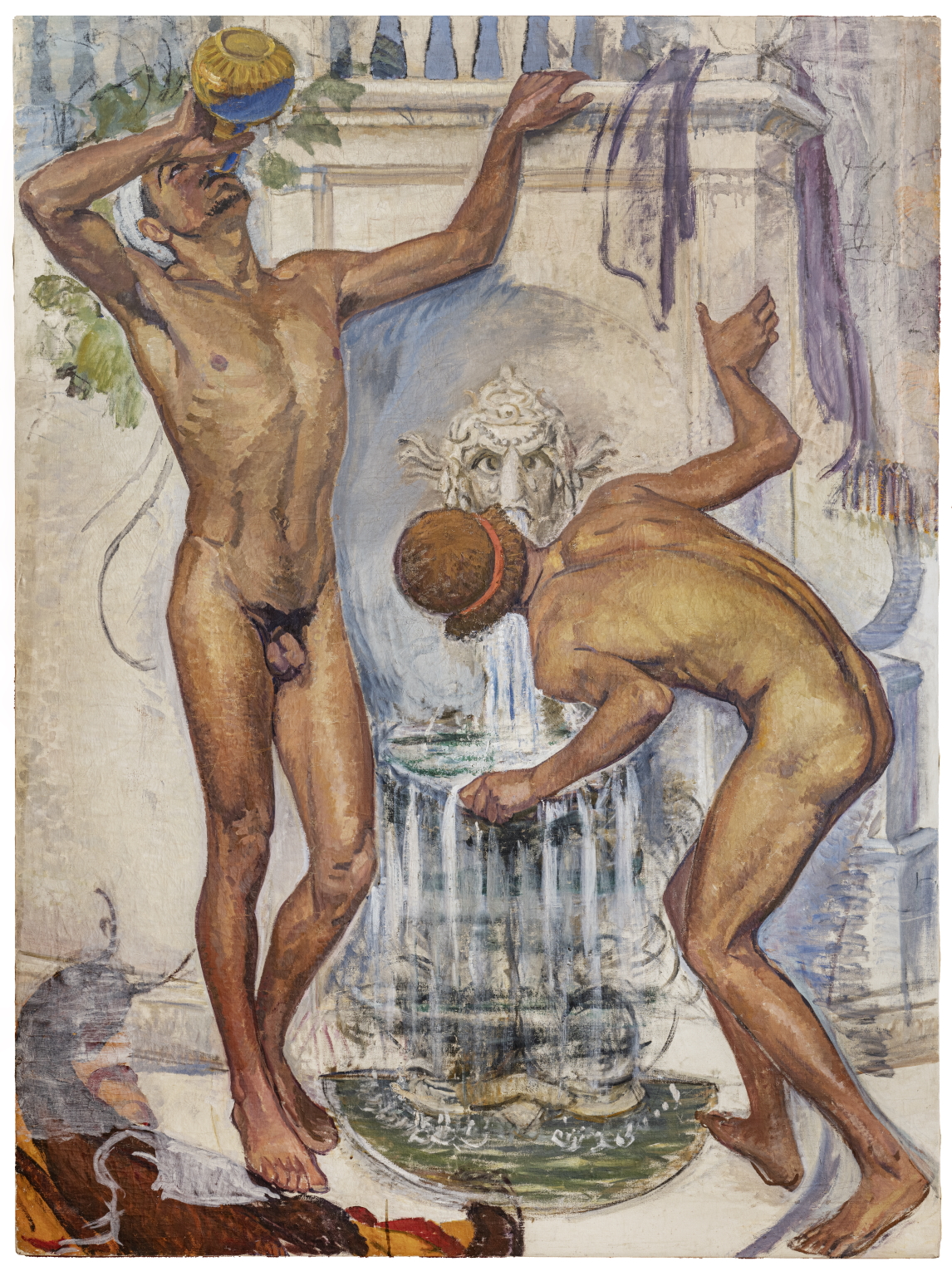 This painting, started in 1927, is the result of a long work and it’s characterized by a complex, diversified and sensitive to the artistic innovations of the early 20th century style. The subject derivates from one of the several trips he made in North Africa and Middle East, as we can clearly deduce by the physiognomy of the portrayed but is also influenced by the frescos decoration of the Neapolitan Stazione Zoologica made in 1873 by Hans Von Marees, place that Franchetti visited together with his friend the painter Giovanni Colacicchi. It doesn’t hide Liberty vibes (especially of the Sartorio’s manner) and Classic recalls, like in the figure seen from the background. 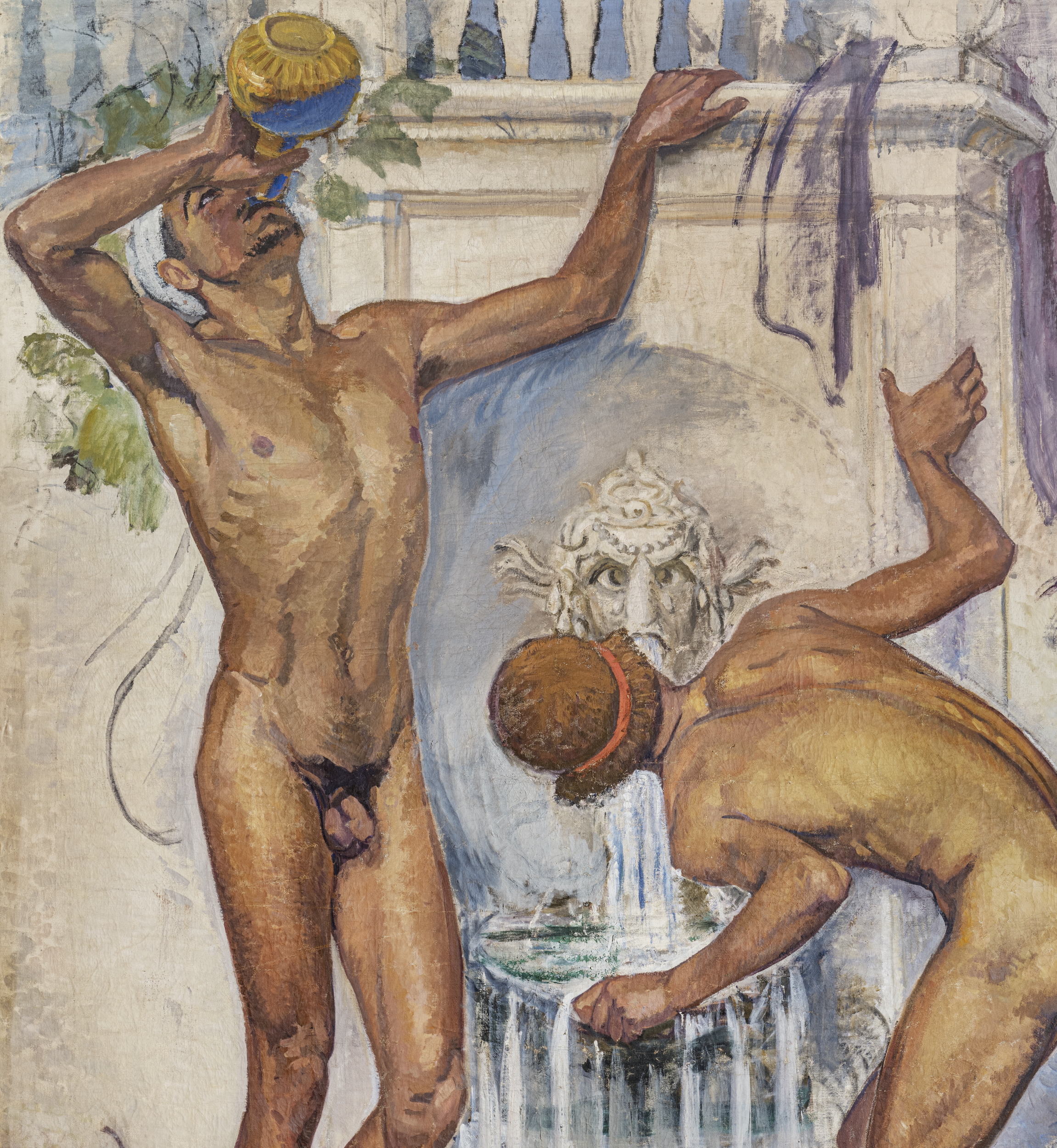