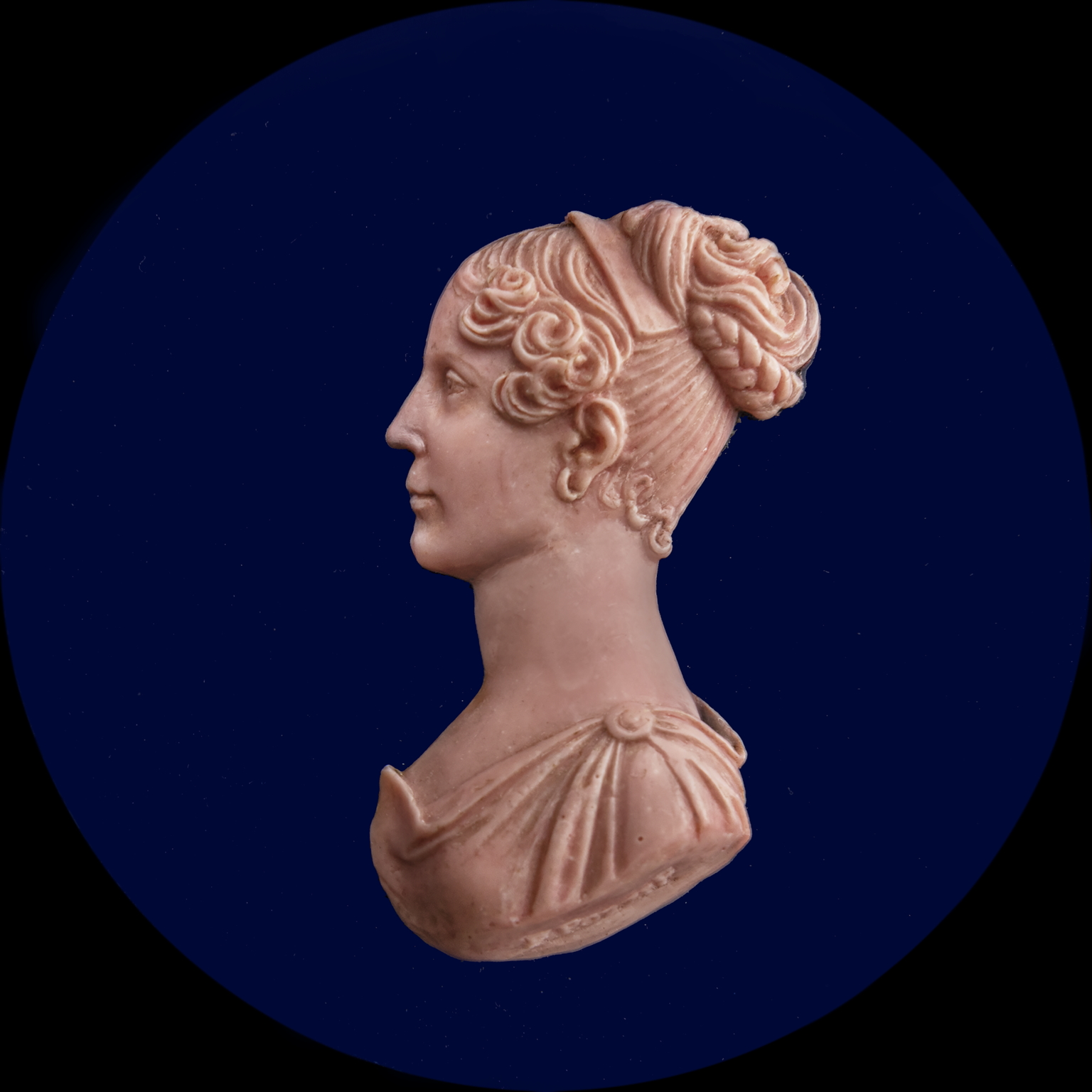 […] The two wax reliefs were showed in the Canova. Il Culto del Bello exhibition, previously unpublished, both signed F. POZZI F in the cut of the bust, they come from the antique market; any historical references or those to previous owners are absent.
The first depicts a female bust in left profile, draped as in antiquity, with an austere intonation, the straight nose, locked lips, with the ornamentation of an earring; the long hair are held by a tiara, partially gathered in a braid making a complicated chignon, partially falling in curls on the forehead and framing the face. […] The outcome of the waxwork depicting the bust of a boy facing the right is also pleasing. The effigy has a thin, slightly pointed nose, full lips, long, slightly disheveled ringed locks, and a garment laced with toggles and ending in a large, ruffled collar.

Excerpt of the expertise by dott. Gabriella Tassinari in the catalogue of the exhibition “Fascination and elegance in Neoclassical Art”, 2022. 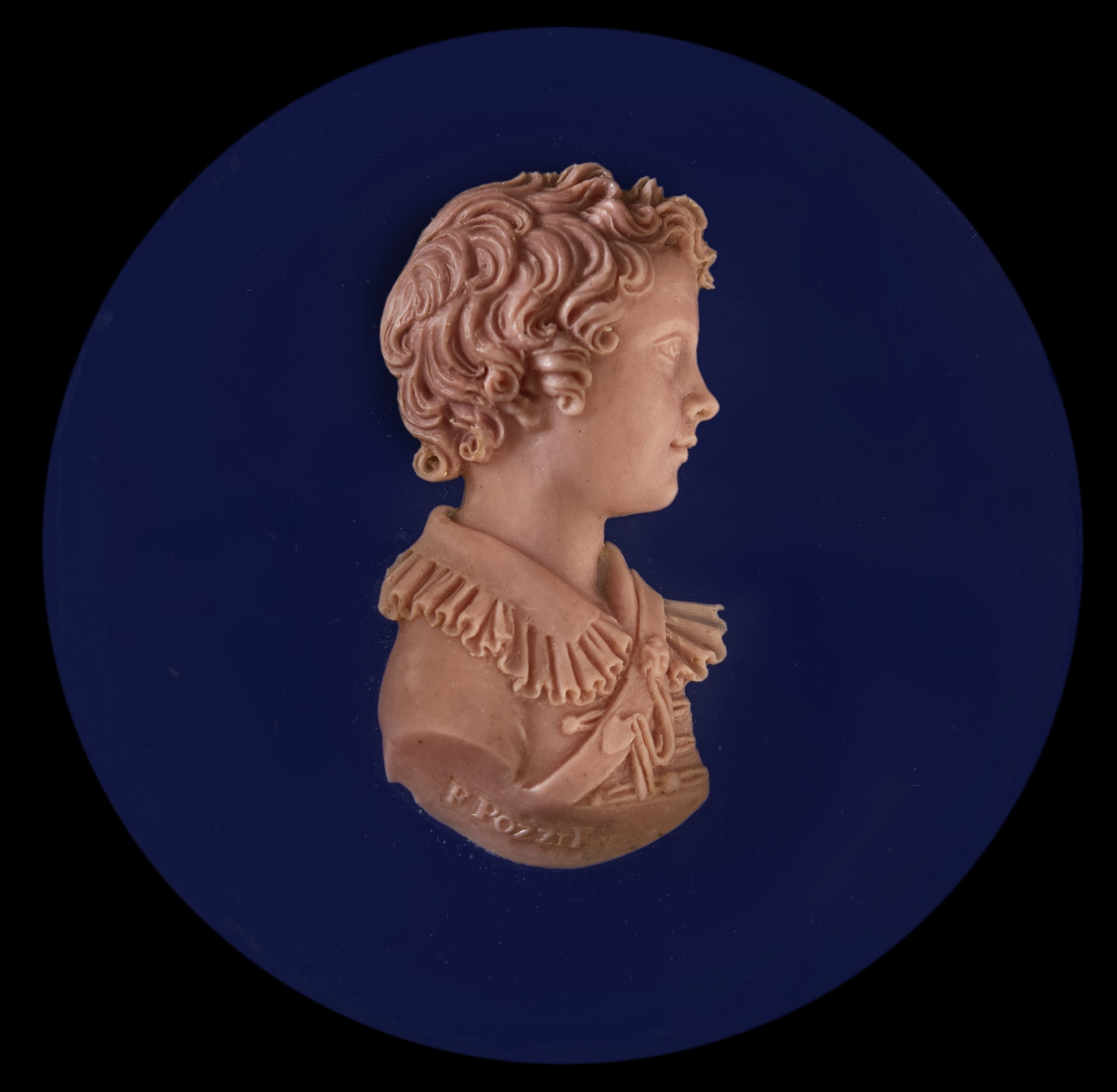