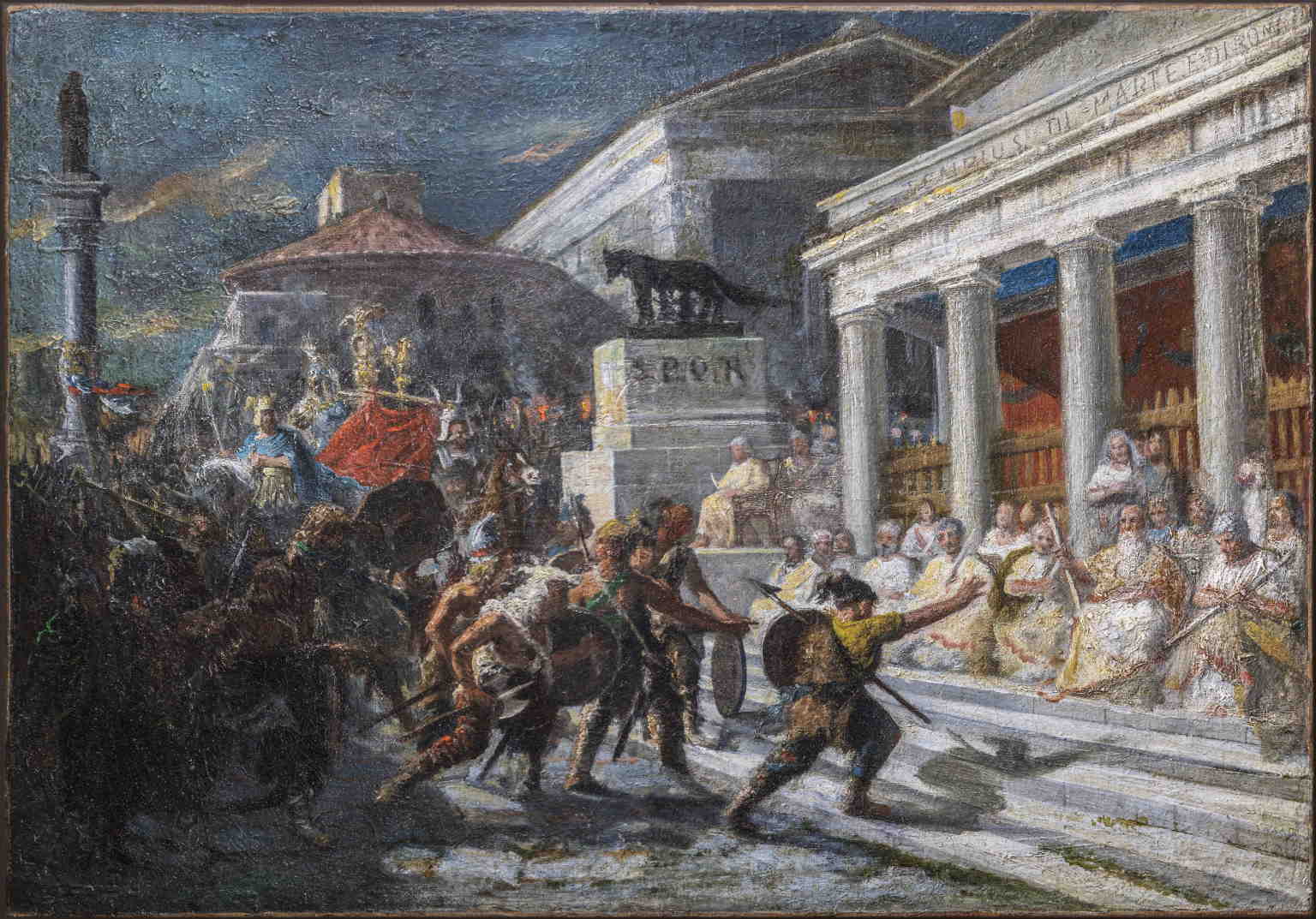 The painting depict an episode happened during the Sack of Rome (387 B.C.) made by the Senones (a Celts tribe) guided by the chieftain Brennus, as reported by Titus Livius in the fifth volume of his monumental book on the History of Rome called “Ab Urbe Condita”. According to Livius the invaders, once entered downtown, remained surprised by the senators, that were standing still on their chairs, and one of them pulled the beard of Marco Papirio to understand if he was alive or not; he suddenly reacted, beating the enemy on the head with his stick, causing the anger of the Barbarians that killed them all and started the destruction of Rome.

On the right of the scene we can see a sanctuary, probably the Temple of Mars Ultor, founded by the Emperor Augustus in the Forum Augustus and that, according to the Roman historian Gaius Suetonius Tranquillus, it was the place where the senators deliberated about battles and triumphs. In front of the temple, in the group of senators, stays Marco Papirio, recognizable for his long beard, while the Gaul is displayed in front of him, lifting his arm in order to get closer to the senator’s face. On the left, instead, there is the parade of Celts in which we can identify Brennus. 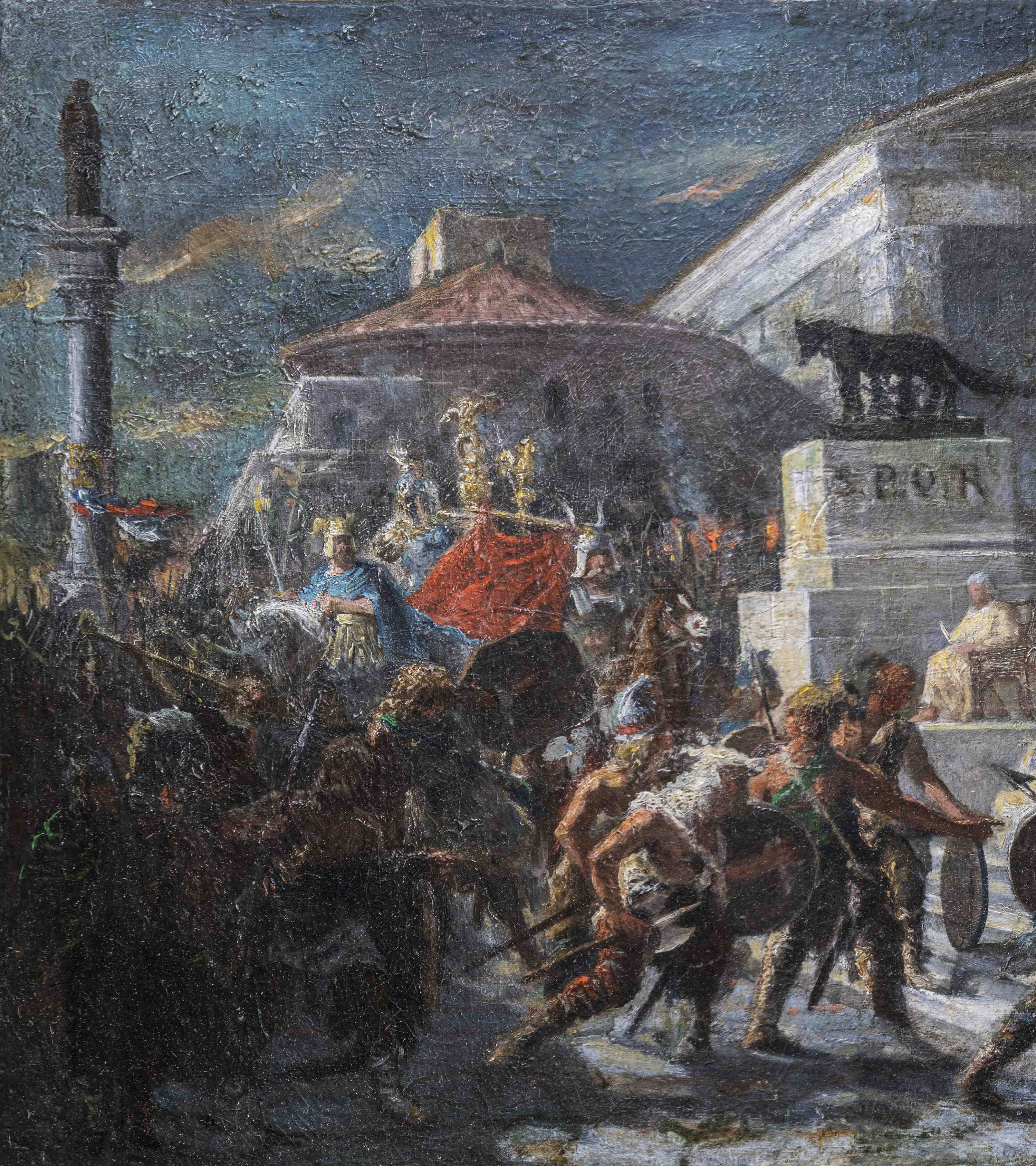