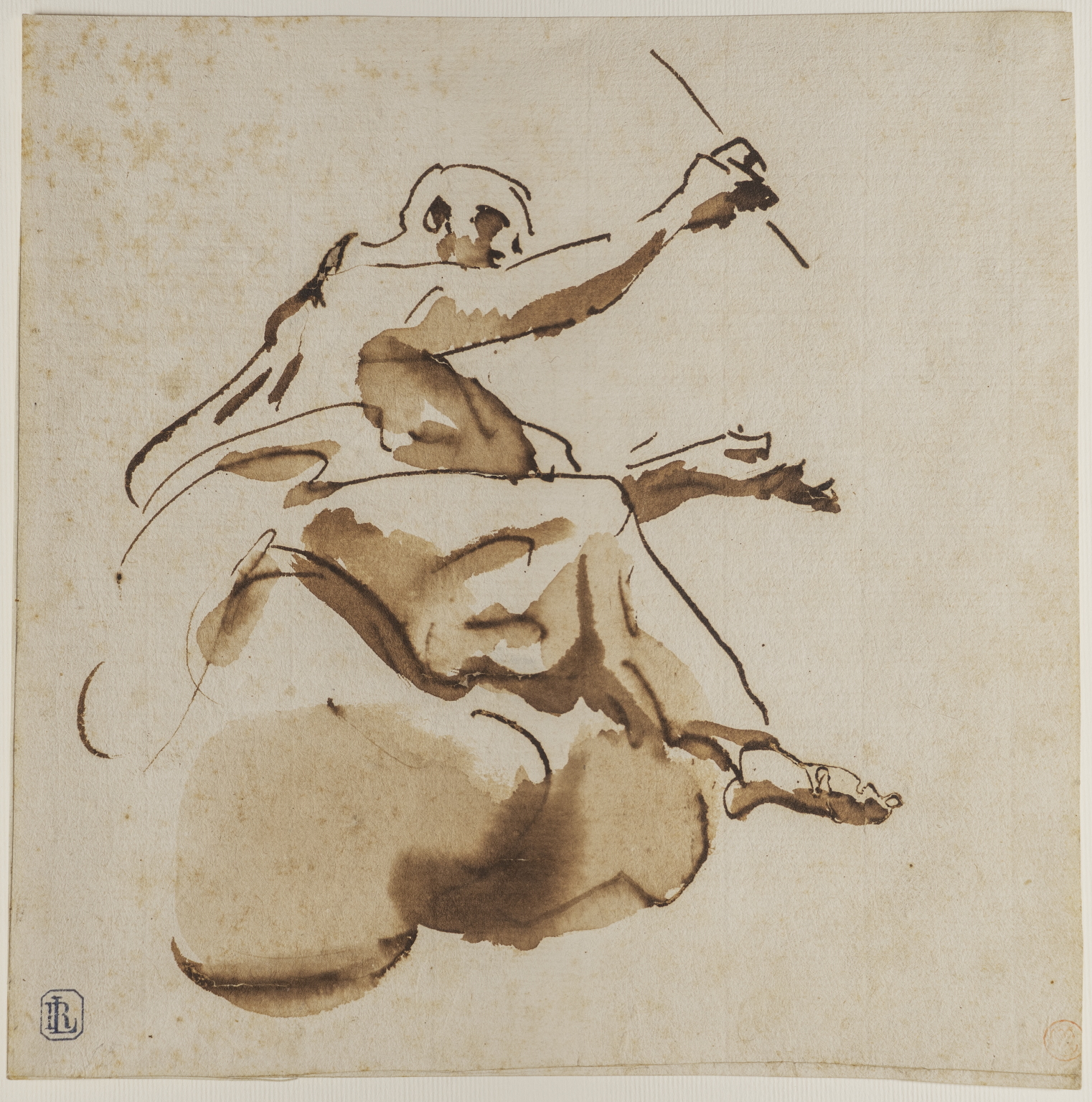 Our sheet, a quick study of a single figure, was likely part of an initial idea for a project. It has the characteristic bold and emphatic pen lines in dark ink, pronounced shadows formed by intense wash, and an overall simplicity of form, typical of the drawings Tiepolo made as he worked out ideas about how to pose and orient a figure intended to be seen from below, either as part of a ceiling or up on a high wall. While the lines defining the arms, hands and leg are short, intense marks of the pen, we also find the light, fluid, virtuoso pen lines defining the drapery, at the left which became the hallmarks of Giambattista’s famous mature graphic style.

Tiepolo’s stylistic evolution followed a fairly normal pattern, with the artist achieving what we call his mature style, in his late 30’s and early 40’s. Professor George Knox noted that Giambattista Tiepolo also did not develop characteristic fluid manner of drawing until about 1734-35. The artist’s drawings that were produced prior to that period are more experimental, both in terms of line, use of wash, and treatment of form.
Dating our drawing remains an imprecise practice but I would place this sheet in Giambattista’s early mature period, or ca. 1733-5. […]

The figure in our drawing appears to be the initial idea for a saint, most likely one of the four Evangelists. Given his bald head, the writing implement in his right hand, (and a left hand that is oriented so it eventually could be shown holding a book) we are probably looking at a sketch of St. Mark, the author of the Gospel of St. Mark, and patron saint of Venice.

Interestingly, given the importance of St. Mark to the city of Venice, it is surprising that we have relatively few images of Mark from Giambattista’s hands. An oil now in Kansas City (Van Akeren Gallery, Rockhurst College) portrays the saint in a pose not unlike the one seen in our drawing.1 Between 1732 and 1734, Giambattista also decorated, with the assistance of Giovanni Raggi, the Colleoni chapel in Bergamo with frescoed scenes from the life of St. John the Baptist, a project which included lunettes depicting the Martyrdom of St. Bartholomew and a figure of St. Mark.

Excerpt of the expertise by Professor Emerita Adlheid M. Gealt. 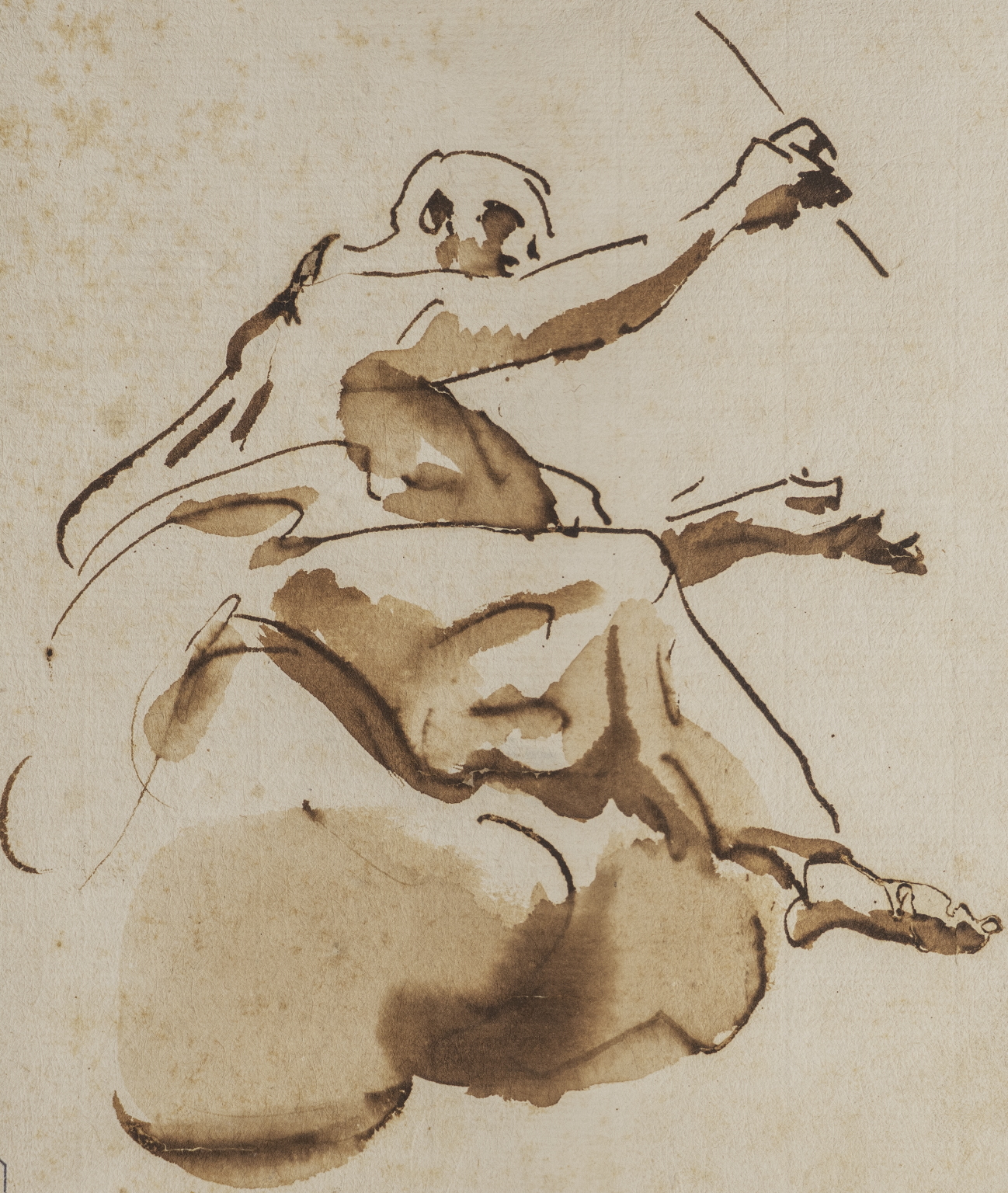