Study of a male nude 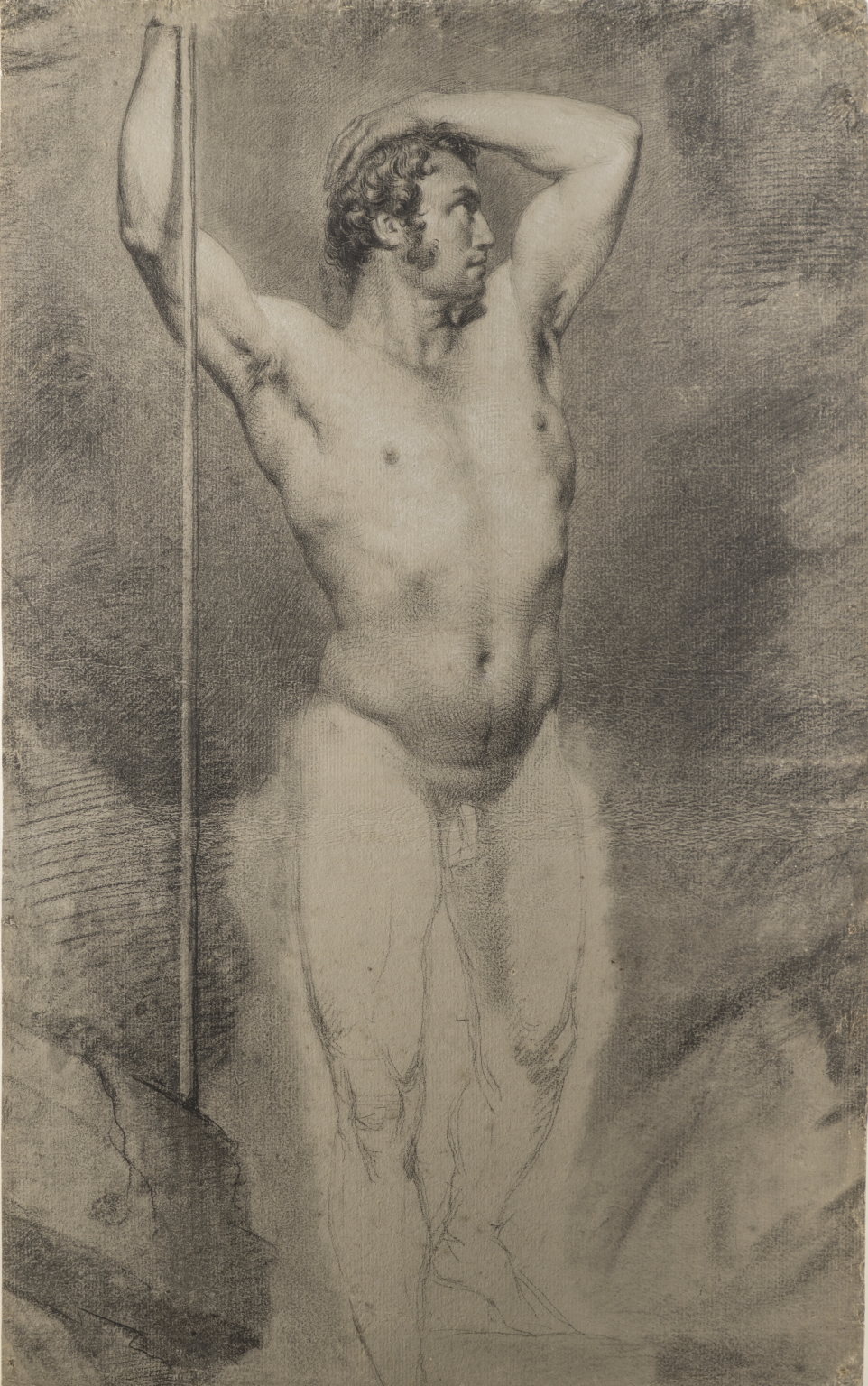 The drawing comes from the collection of Placido Fabris’s heirs, fundamental testament of the activity of an artist who was an European glory but who was, for his own admission, haunted by misfortune.

It shows, on a tempera dark background, a virile figure with an almost Herculean musculature leaning on a spear or a stick, in a plastic pose aimed to a virtuous rendering of the body and its dynamism, following a manner typical of the study from live of academic derivation Even if the head, on profile and with the mouth slightly opened, is characterized by an heroic attitude, the globular eyes and the haircut, curly hair and thick sideburns very common on those times, highlight a more natural and human flair. The composition is characterized by two different levels of completeness: while the upper part is meticulously defined, from the pubis is just outlined buy a few fast sketch, enough to understand the structural harmony of the model with his tapered laps and calf and the high instep. The drawing can be dated to the half of the 1830s, period to which belongs several academies with the same technical and compositional characteristics. Also, lots of them are partially unfinished in  the same way of  our drawing, not  because of a lack of  time but  because he was focusing on studying the several parts and positions separately. It’s plausible that the drawing could be added to the illustrations of the “Theological-historical and mythological vision of the painter Placido Fabris d’Alpago”, kind of an artistic handbook started very shortly before he died and remained unfinished, in which were supposed to have part also some academies of nude, and anatomical studies from live for teachings how to draw.

Excerpt of the essay by Doctor Chiara Fiorini